VBS typically begins with an hour-long bus route. Here is Wally gathering a group of siblings to get on the bus: 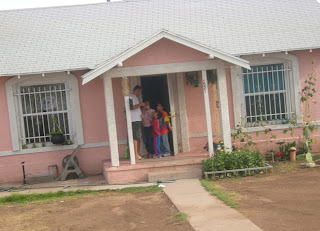 This 5-year-old had been waiting “ALL day” for the bus to come get her. She also told me that she would like to sing “Feliz Navidad” during the music session. I forget if that was before or after she complained about the heat on the bus. Maybe children that live in Phoenix tend to get their seasons all mixed up. Of course, how would they even know what a season is? 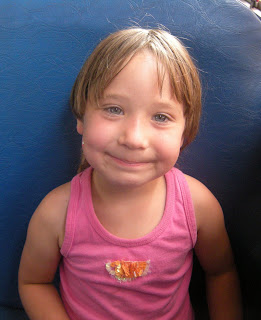 This gal was serious about learning her memory verse. She brought a Bible on the bus with her and diligently studied the passage throughout much of the ride. 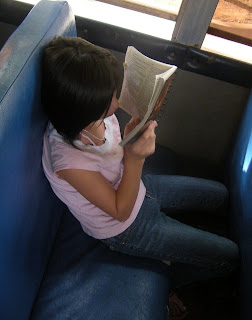 These two brothers are cute as a button. I didn’t get a photo of their older siblings who were also riding the bus and sporting wet-looking hair, but I observed that a portion of their parents’ income is surely allotted to (a) taxes and (b) the buying of hair gel. That do is s-t-i-f-f. 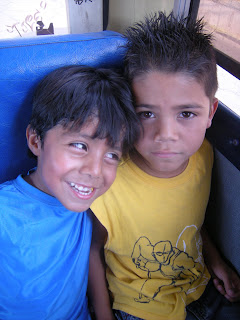 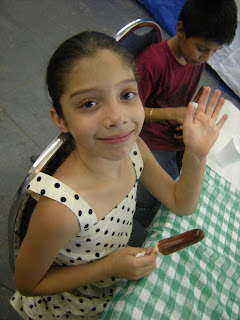 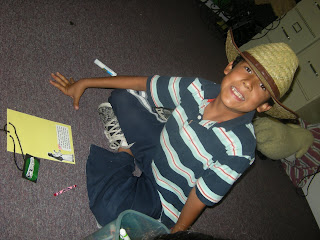 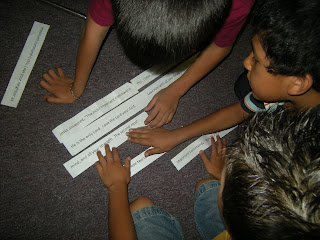 Singing with Strick in the basement: 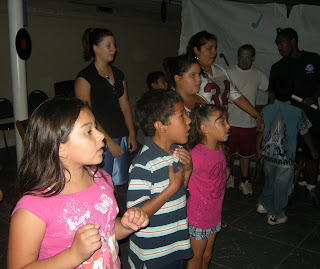 Phoenix had an intriguing sky this evening as we wrapped up VBS with some games outside. 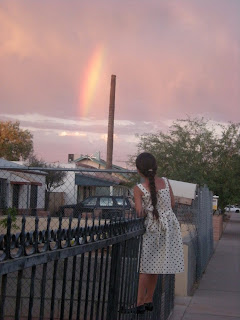