A cast of mainly teens presented a play of the events of Passion Week for 70+ children yesterday evening. 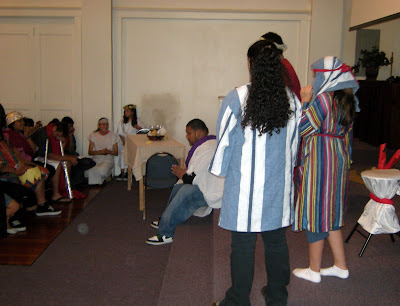 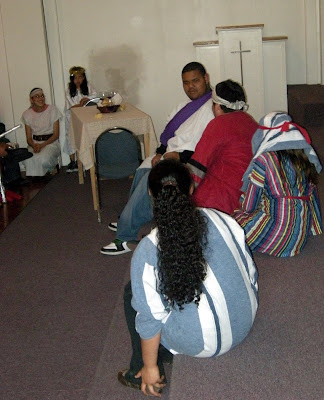 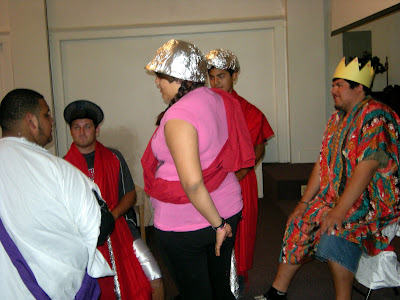 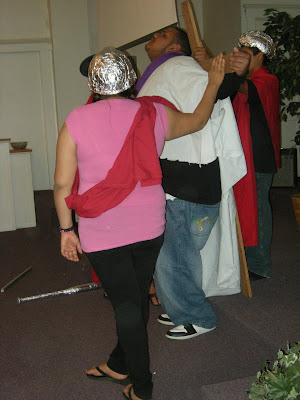 The play was followed by an egg hunt. 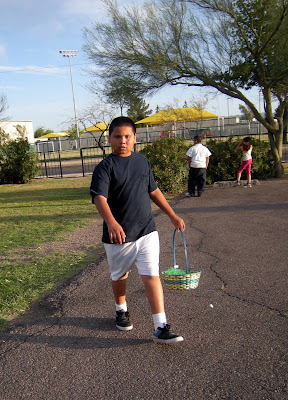 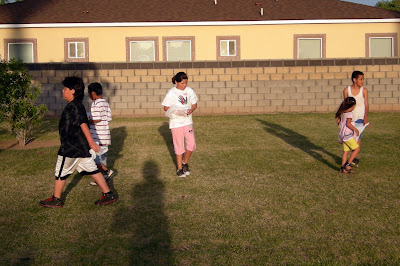 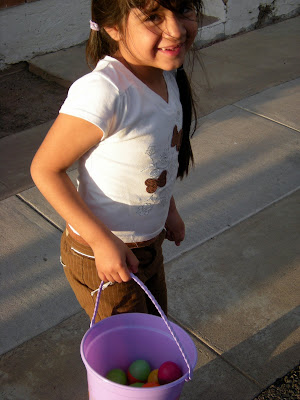 Interestingly, upon returning to the church after taking children home in the van, I discovered that Disciple #3 and Angel-at-the-Tomb had been fighting. From eyewitness reports of other children around, we’re talking cussing, yelling, hitting, name-calling, on-the-ground fighting. Angel-at-the-Tomb had already left the scene, while Disciple #3 was still there, looking rather shaken and guilty.

Angel-at-the-Tomb and Disciple #3 are fourth graders. I know them both fairly well, and on a typical day, they’re very sweet girls. They’re outgoing, and they love helping with activities, so that’s why I asked them to be in the Easter drama.
Less than an hour after their time in the spotlight helping to tell the wonderful story of Jesus, they’re hating and hitting and hurling insults. How could these “good” girls stoop to such behavior?
They remind me of someone else whose behavior was appalling, despite his emphatic statements:
“Though they all fall away because of You, I will never fall away.”
“Even if I must die with You, I will not deny You!”
“Lord, I am ready to go with You both to prison and to death.”
“I will lay down my life for You.”
Just a short while later, Holier Than Thou had become Big Fat Liar. A cursing, swearing, angry liar denying his Lord and shaming His name. I have to wonder, as Peter went out weeping bitterly, if he recalled these words of consolation and hope that Jesus had gifted him with earlier:

“Simon, Simon…Satan demanded to have you, that he might sift you as wheat, but I have prayed for you that your faith may not fail. And when you have turned again, strengthen your brothers.”

Peter had been lovingly prayed for, yet the test had come. Peter had failed–miserably failed! But that was not the end of Peter’s faith nor the end of his ministry. Just as Jesus had said, Peter “turned again” and found in his Savior forgiveness and Spirit power to lead the early church.

Jesus knew we could never be good enough or holy enough or clean enough to make it on our own. We need Him to save us from ourselves and from our sin, from our past mistakes and failures, from our arrogant statements and appalling behavior.

He died for Peter, for Disciple #3, for Angel-at-the-Tomb, for you, and for me. And He’s already prayed for us, because He knows our weaknesses and our tendency to be dumb sheep.

That’s the kind of Savior it’s good to know.