If you read the previous blog post, you already know that Aim Right’s Winter Retreat didn’t go as planned. Here’s a recap of events as I recall them (which means the timing of events may be a little off):

Friday, January 28
5:00 p.m. Staff and teens gathered at Aim Right to load vans with luggage and people.
5:40 p.m. Prayed over the trip in our vans and began the journey to Flagstaff.
7:40ish p.m. Arrived safely in Flagstaff and ate at McDonald’s.
8:45 p.m. Arrived at El Nathan Christian Camp. Relieved vans of luggage and people.
9:15ish p.m. Gathered for our first session with speakers Tom & Marcia Kuyper. Made collages reflecting our lives and relationships. 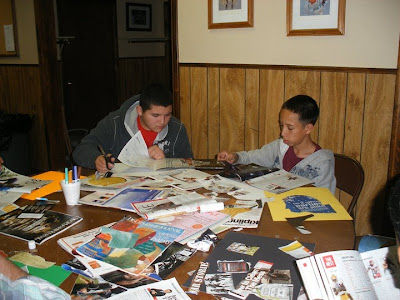 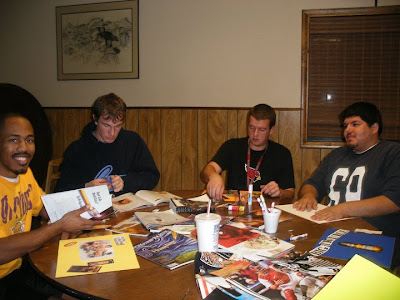 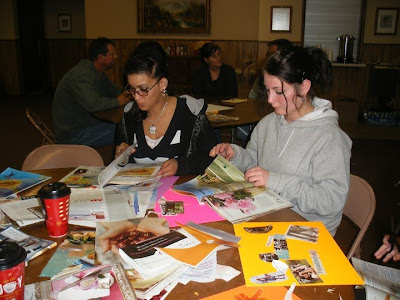 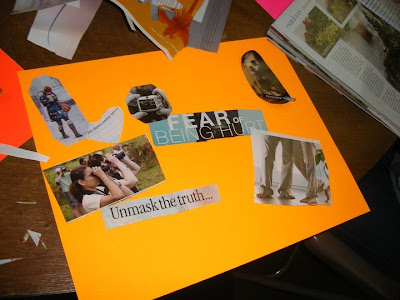 Saturday, January 29
12:30 a.m. Lights out, with campers in their bunks and (mostly) settled down.
5:30 a.m. Intern Andrea Stoltzfus, sleeping on a top bunk, awoke feeling nauseated. She attempted to climb down from the bunk and fell, hitting her head on the floor. Stephanie Reed, who was staying in the same room, kept a close eye on Andrea from then on, especially when Andrea began throwing up.
6:30-7:30 a.m. Other campers began to wake up. Several complained of headaches and nausea, and some were throwing up as well.
8:00-8:45 a.m. Symptoms appeared to be worsening. With a hunch that carbon monoxide (CO) poisoning might be the cause, the heat was shut off in the lodge, doors opened, and Darrell instructed all campers and staff to evacuate to another building. Camp director and 911 notified.
8:45ish a.m. Flagstaff fire crews and emergency medical personnel began to arrive at the camp. They checked each individual for evidence of CO poisoning and placed oxygen masks on those with the highest levels of CO in their body. 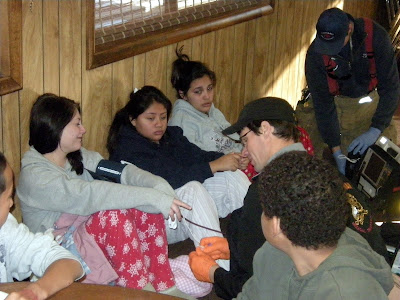 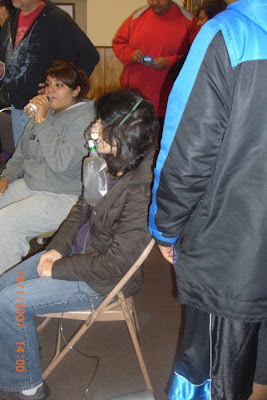 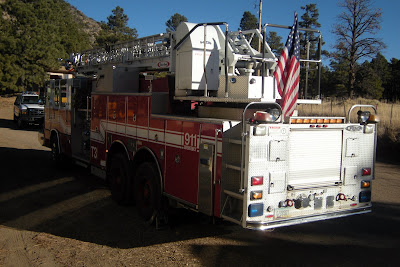 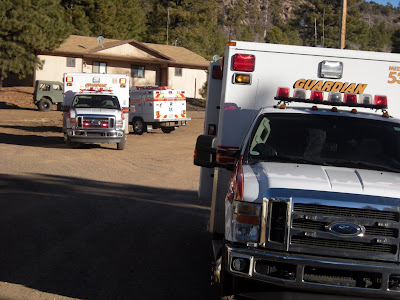 Ro lightened up the morning for us. He had quickly slipped into the wifey’s boots, not knowing that would be the only footware he’d be wearing for a long while! 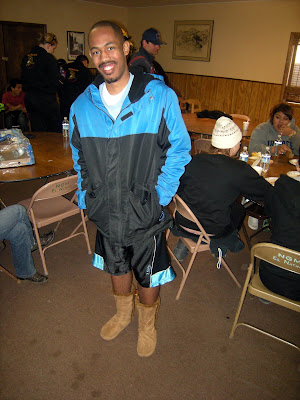 10:00ish a.m. Following the advice of EMS personnel, everyone in our group was transported to Flagstaff Medical Center via ambulance or van. There, CO levels were once again tested, with the most affected being placed on oxygen. Darrell and other “well” staff members called parents, comforted the afflicted, and served as patient’s advocates throughout the lengthy ER check-in and treatment process. 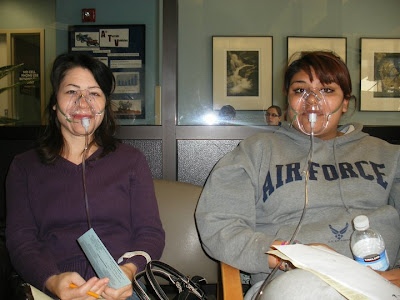 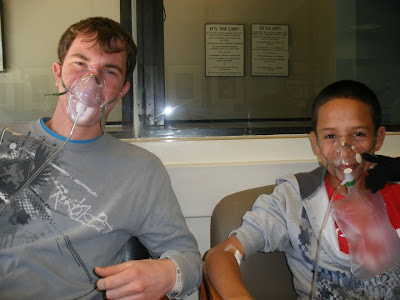 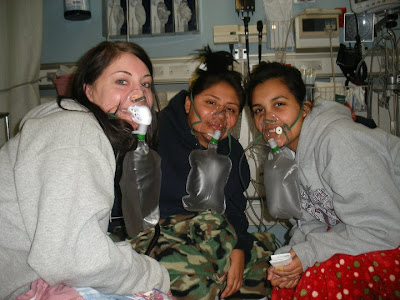 Andrea suffered a mild concussion from her fall and was the most serious patient. As you can tell, the other campers were in good spirits while they patiently waited for the oxygen to do its job — a process that for many lasted 2 to 3 hours. 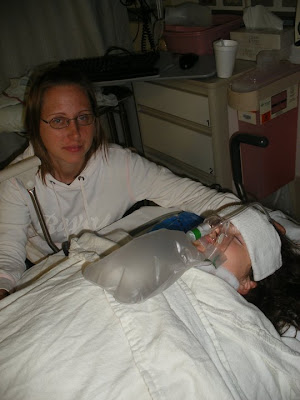 Finally….an Andrea who is looking and feeling much better! 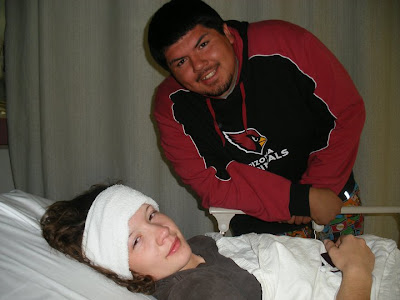 Darrell, in charge of keeping paperwork straight, questions answered, fears calmed, and wise decisions made. I recall him saying, “Now we know why we always make sure the kids have signed release forms!” 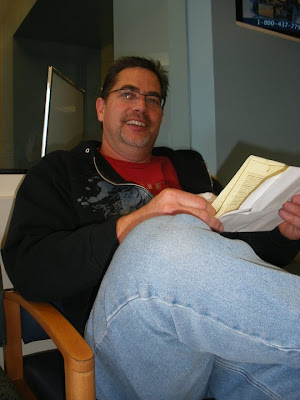 Even with the wifey’s boots on his feet, Ro still kept smiling! 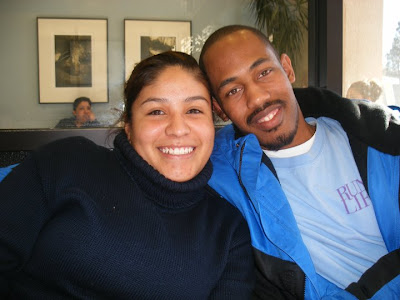 Mama Julie, who was most often back in the ER as a patient advocate / guardian for teens. 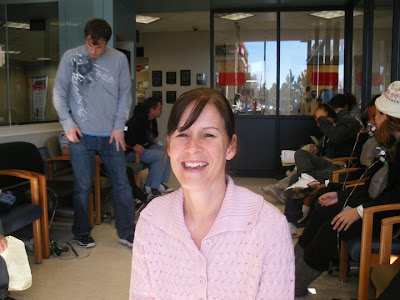 Our speakers for the weekend — Tom & Marcia Kuyper. They were troopers! 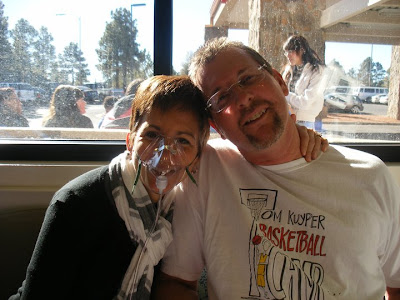 Several individuals in our group felt fine, testing at very low CO levels, and therefore could refuse treatment. Others were checked into the ER for extended oxygen therapy and monitoring. After everyone in our group was released and fed, we headed back to El Nathan to pack up and head back to Phoenix — definitely not the camp experience we had hoped for, but nevertheless the wisest decision considering the circumstances.
To my knowledge, the exact cause of the CO poisoning has not been determined. We are just grateful for God’s protection of our group and know that His hand was upon us!
Also, if you are interested, here is a live report that aired on the 10:00 news Saturday evening.
And…special thanks to all of you I “stole” photos from on Facebook!
Posted in Uncategorized